Words, perhaps. Sounds, laments. Drunk phrases, shouted from two to six in the morning. Slamming doors, kicked, without taking care of those who, to less than a meter, try to rest.

We are those that are trying to turn off the thoughts for a few hours. And are them - citizens of Khovd, drunk lost, a new physiognomy, not exactly Mongolian, but mixed with the Kazakh - yelling phrases that we can not understand, they try to force a closed door near to ours and harass the girls who are on the other side, not less drunk of those who attempt the assault.

Result: we did not sleep. Not at all. Result in the result: we are destroyed, at six-thirty precise in the morning when we leave Olgyi (or Olgii, depends on who translates maps and guides) and we have to drive for 220 km, last stop over in Mongolia because from June 27 we will enter into Russia.

For a couple of days we have seen changing physiognomy and approachs. The round faces - lips drawn into a smile, eyes that huddle near their temples and profiles with regular and harmonious noses and rotund cheeks - they are now a bit 'more rigid, chiseled.  Tough-looking, have become the eyes. Less friendly, crossed by a curiosity that lets out the suspect.

Perhaps it is our perception, but the journey to the north-west - towards the "large" towns, not between the heights of the Altai - has shown the cultural, religious and behavioral, which enshrines the end of Mongolia that we have experienced. We reiterate: it is just perceptions and nobody knows that better than those traveling that if you want learn, it's necessary live, and to live is essential to give and take time.

Anyway, we leave rather empty and the one that awaits us is a day that will engage us up to ten hours of driving, a third of which over one of the most challenging mountains of Mongolia. From 2000 meters we ascend through dizzying curves up to a peak of 2730 meters. The air is ice, despite a beautiful sunny day. On more than one occasion we are forced to change the route, lengthening it, because of the rain of last night that has destroyed some bridges. On other occasions we are forced to wade and there is always the fear that the radiators of the pick-up can take on more water than they should with the risk to stop, impregnated thereof.

The fatigue of the guide, is mitigated by the beauty of the mountains, some of them snow-capped, and you can see glaciers, such as in the area of ​​Tavan Bogd Potanin. The most spectacular thing about it is the uniqueness of the panorama: we are moving in a valley at 2500 meters of average height, but it looks like a level ground, while on the right and left are alternating rocky peaks, of different colors, red stones, gray and black, and groups isolated of hawks flying together just for the heck of it, because they take advantage of stem of air without a precise goal if not that of flying and observing from the above the few Gers and hundreds of horses, sheep, goats and yaks that are around us.

The eagles we mentioned yesterday, materialize in a fabulous example, that a couple of kids proudly showing there, not far from the shores of Lake Tobor. It has eyes that frightening, but at the same time inspire a sense of strength, elegance and beauty incomparable with other winged animals. We withhold from borrow the glove with whom they have trained this eagle, only for respect for those who showed it to us. But our most intimate desire would be to come near it; ask how does to fly; to be for one day, just for a moment, provided with wings and not have to accuse the force of gravity.

Another strength, the will, push and force us to drive carefully until Olgii, which we reach around nineteen. We know that in the next five days we will cross an hard part of Russia, from the point of view of geography and climate. Common sense would impose to us a comfortable night, an usual room, but in addition to the "good", exist and triumphs the "sense". Sense and feeling with regards to the journey, the unique opportunity and perhaps unrepeatable that we have been in Mongolia. Then we opt for the last available Ger, located in the hilly part the most striking of Olgii.  We are the only guests at this Camp, from which we can see the whole town, the mountains that surround the valleys that we left behind and the narrow passage in which tomorrow we'll squeeze in for reaching the Russia.

We find pans and stoves and we can prepare the meal. We can recharging the equipments, amaze us once again for the splendid welcome that circular tends reserve to us.

And, into Ger used as a dining room, we find the synthesis of this Country: the skins of foxes hung along the inner circumference of the tent; photographs of sheep, horses, camels, mountains, eagles. The smiling faces of children and adults in typical costumes of Mongolia - that are not costumes but simply their usual clothing - that ride a horse and with a kind of "cable" they lead herds of goats and lambs to a huge plain.

We dreamed and imagined it and, in our own way, lived. Deserts and grasslands, mountains and plateaus, incomprehensible words whispered by nomadic peoples, but in a respect that no longer exists. And strong odors of beasts, living flesh, of dirt. It was a gym hard and rewarding, without which, perhaps, we would not be ready to face what lies ahead: another 8,000 km journey to be driven in a month, between mountains and steppes, before the Old Continent, which will enlighten souls and hearts with a new light and perhaps will offer the necessary time to remember what we have just experienced. Fix in the mind a great emotion as the beauty that has generated such as a photograph taken without realizing it. 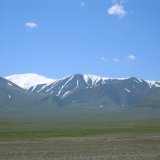 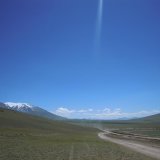 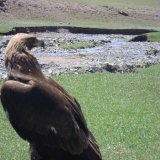 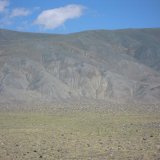 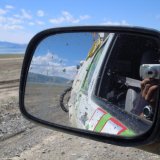 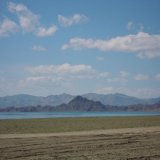 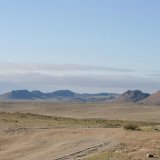 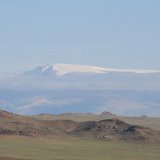 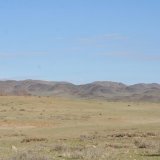 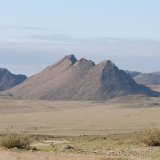 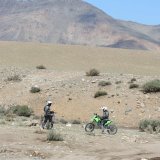 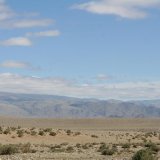 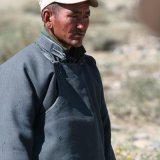 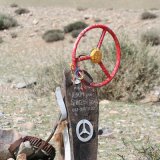 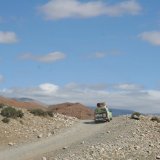 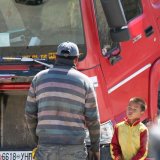 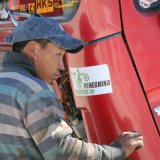 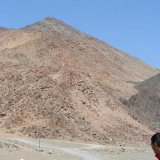 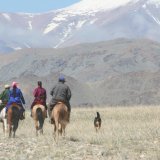 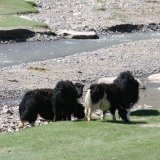 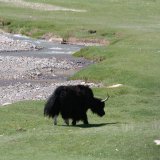 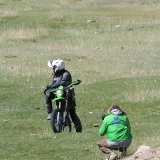 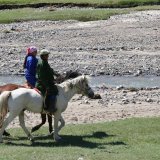