From Tsogttsetsiy to Bogd: There are not discounts

Along the streets of Tsogttsetsiy, in the first hours of the tenth day of travel, we see something that we couldn't perceive the night before, due to the darkness and the weariness. There are almost more banks than houses. Here you meet more West Country faces than we have ever seen in twenty days spent in Asia. Certainly, the only by when we came in Mongolia.

The supermarket of the town - perhaps three thousand inhabitants with two main roads that cross on a background of sand - it's called "Nasa Market"; in one side of the structure where we overnighted, there is a "Super Taste Burger House"; the Children cycling on "free-ride with two shock absorber" and a couple of girls that we meet, dress shirts with Michael Jackson and Brad Pitt.

We ask to Roolma and we get the picture. In this area there are several mines and are pulled out "metals" such as Gold and Copper, and the mass must be considerable if over a few years, American specialists have been sent to a place so pleasant. Further to that, for a decade, in schools is taught the English. In spite of the Mongolian population is around two and a half million of inhabitants, if they can afford to travel, usually, they do not go beyond Russia and China. The reason for learning English is due to the exponential growth of the mining industry, and those who are interested to invest here, must inevitably to speak in English.

We leave behind the banks and mines, and in less than two kilometers we're back in the desert. It'll be so throughout the day and even the next day will be no different: we have to clock up the miles; we have a roadmap and we cannot make allowances. If we must go forth at five in the morning, after having worked on the pick-up until midnight the night before (yes, the cars make us troubles because the desert has uneven surface that's why all screws are loosened, in spite of self-blocking devices and expedient of all sorts), you must start and nothing else.

We're not doing a race, we do not have to prove anything to anyone, and nevertheless every kilometer driven has a why. We need to gain a transit permits that has a term time; entrances in peculiar areas whose access is limited solely to the presence of a guide that we must necessarily to meet in a well defined place and so many other daily and future commitments that we cannot underestimated. Live hand to mouth, with foresight. A paradox, but it is. It is beautiful adventure, but it has also many implications wearing, full of commitments required to each member of the group, which must necessarily forgetting to have a "formal role" in favor of all possible roles in addition to their own.

It is so that after a full day of driving in the desert - that is changing, becoming initially almost a prairie and soon after becomes as the most common image we have of it - we get close to the Flaming Valley. It has been translated in this way for tourists (yes, in this area arrive only few rare tourists with the only one weekly flight from UlaanBaatar to Dalanzadag). It is a small valley, an out and out canyon of reddish ground with rock formations and extravagant forms.

In a handful of miles, there is a Tourist Camp: ten Ger neat and clean, each of which is equipped with a solar panel and an accumulator; a central body for meals and shared bathrooms, perfectly maintained.

The Camp is placed on top of a hill and all around it the immensity of the desert; the sand dunes in the background of the first rocky mountains to the north and west. We are 1565 meters high.  The night pass quickly, accompanied with high winds and prostration: we are housed in a Ger with Nicola and Enrico, while into another tent are housed Mirco, Giorgio and Valerio.

We cannot even take a shower: some of us forgets turned on the miner's lamp on his head, after completing in darkness, the loading of pick-up, organize the material; try to remove the sand from the cabin with the compressor. We are full of it, everywhere, and we have still at least another seven hundred kilometers to travel in this condition, which is equivalent to at least four days of travel.

We have driven today, in our eleventh day out from departure from Shanghai, for two hundred and twenty kilometers. Strained, without stopping except when we needed to replace the batteries of motorcycles; we eat a fruit on board vehicles or a couple of biscuits. We stopped only when we had to verify that the pick-up, hopping in a bump, wouldn't have diverted the steel plate that protects the oil pan. Thus, focused, up to Bogd: village tumbledown, devoid of accomodation and Ger destined to the nomads. No connection link (we imagine you are reading this diary with at least a couple of days late), and shops no way. Someone inform us this isn’t a recommended place where to pitch the tents; not even at the margins.

Might as well go back to the desert. Also because you just go out one mile and you are again swallowed by the desert. But we need light and less sand around, tonight. Valerio has a punctured tire: he has found the only nail throughout Mongolia. Nothing to worry about, but it is necessary to remove and replace it. It requires also soldering the open side of the vehicles, which have come off with the continuous and violent vibration. We get a small room, smelly and not exactly comfortable. But no matter: in this case, local have provided one of their three rooms to make room for us. They cooked rice and vegetables.

They were kind and helpful. We'll sleep here, in six, badly placed and uncomfortable, but so tired that we were able to sleep well on the ground. The desert awaits us tomorrow morning, and we realize that everything is becoming "regular", in these days of Mongolia in the Gobi. We are unable to become accustomed. 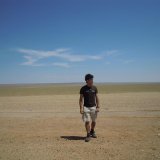 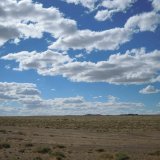 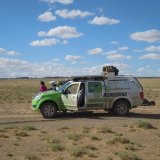 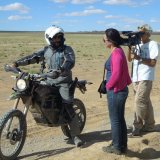 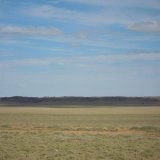 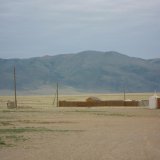 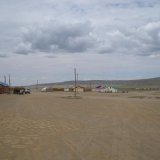 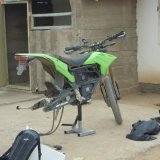 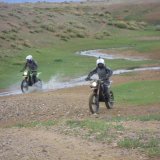 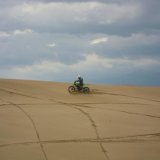 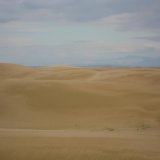 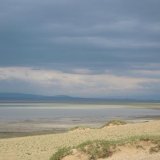 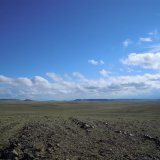 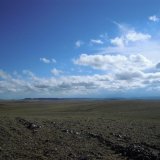 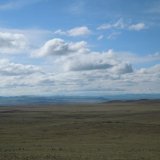 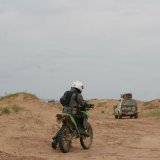 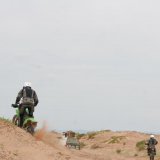 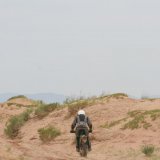 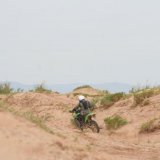 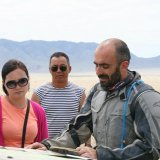 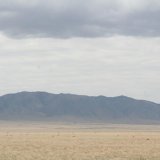 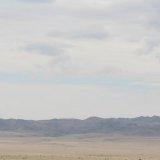 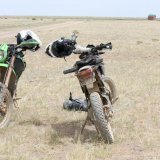 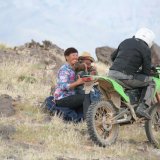 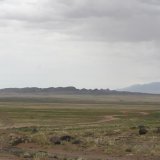