From Shanghai to Linyi: the dream is started

Introduction: NOW, WE START TO "GET SERIOUS". WE WILL CONTINUE TO UPDATE THE BLOG AND FACEBOOK PAGE, THE TEXT AND PHOTOS ARE BY FLAVIO ALLEGRETTI. The blog's text will be shorter, BUT WILL BE COMPENSATED BY SHORT UPDATES AND A HIGHLIGHT: Mirco Lazzari, THE OFFICIAL PHOTOGRAPHER of Meneghina Express will create a "BEST SHOT" and at last we will see some good shots!

Going to sleep at two a.m. and waking up at four a.m., is not so easy, above all if, after one hour, you are leaving for an epic milestone - the first, nearly 700 km. We wake up on time, and after have loaded the pick-up, we are leaving to reach Nantong, by means of a ferry that takes us to the right bank of the Yangtze River. More than a river resembles a sea, so is large and so many ships are sailing there. The port of destination is six times bigger than our Genoa's one and along the way we see a double-span bridge that runs parallel to our route: it will be long, I guess, a dozen km. We have no choice to drive on it, because motorcycles cannot be ridden on that road.

Valerio and Nicola have driven really carefully, because the roads we have covered from Shanghai to here, even though the sun had not still risen, were already very busy and the attitude of local drivers - who don't take care of traffic lights and ignore colors red, green or yellow because for them this has the same meaning - would be able to create problems even to the most experienced rider.

Anyway we can get out of the city and we realize that in this part of China everything has unusual and with a great disproportion of measures, at least for us: what we see does not resemble the "American size", neither is the representation of a political system and an economic boom, nor the desire to build or design at all costs. Everything is just huge. And most of all the Chinese are so many. And then the greenhouses, one adjacent to the other, planted mostly, with tomatoes and cauliflowers; fields and the rice paddies are exterminated, the buildings can be hundreds and twice as high and arise one after the other as reactors soaring into the sky.

But this is only the beginning, like a piece of cake we are lucky of tasting.

The bikes are comfortable and we are just at ease on our pick-up. Furthermore: we use an "intercom" that allow us to communicate with pilots. It is not uncommon to get lost: only now we realize that it is not easy to travel as a caravan. This has been a nice day full of discoveries, with regard to technical aspects of driving, the autonomy of batteries, as well as the new places seen.

By nine o'clock in the evening we arrive in Linyi: thirteen million of habitants - one of the 25 cities in China with more than ten million people - majestic streets, lighting, skyscrapers as New York skyline and a fog that acts as a filter on all: perhaps are our eyelids closing as gates, after 672 km of secondary roads and twenty hours awake. After days of intensive preparation.

We believe that it is enough for today and we'd like to wait for the next few days to describe the story of how Carlo has decided to recharge his telephone by means of a solar panel, or how each of the members of this team is "special" and unique and how they will be useful to the cause of this mission.

We'll tell you of the fields and the smells, the food and the excellent fruit that we have already tasted. The adventure has just begun. Tomorrow we get to Cangzhou. Follow us! 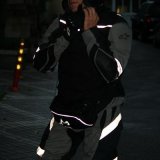 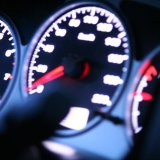 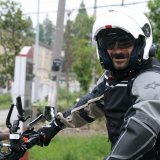 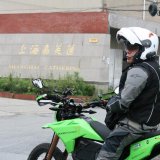 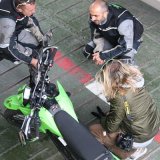 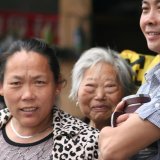 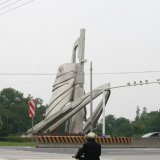 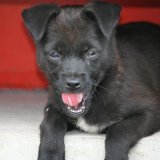