"Same beach same sea"…sang Edoardo Vianello, an Italian singer. Words written by Mina. Our interpretation is in two voices, the morning of the twenty-fourth day of travel: are those of Nicola and Valerio that at 7.30 a.m. try to cheer us up. Yes, because Astana is near, we should get there at sunset. But the weather sucks: it's the 3rd of July and it is supposed to be warm and sunny, but it's only seven degrees, heck! And the sky is black of rain.

We can't stop, today we want to get to Astana, the Kazakh capital, so no time for break: once there, we will have completed half of the trip which means deserving a full day of rest. We travel at a fast pace, never stopping if not for unique opportunities: such as spotting a shepherd with his grazing animals. We are no longer in Mongolia, where there were more sheep than people nor in the Altay region, in Russian, with huge plantations of wheat and fruit trees.

Here, in the central part of Kazakhstan is mainly meadow and it is pretty rare to see any agricultural activity.

We are able to see something, just because we are in the vicinity of the capital. Here, beef and horses and sheep are destined directly to those who work them. Therefore the food chain is quite short. Moreover, the production of energy is linked to coal mining and it is largely exported to Russia, which detects about 70% of the electricity produced in Kazakhstan. Mustapha explains to us all these things. As we watch the sky becoming increasingly dark and all of a sudden, lower almost to the ground. As if the atmosphere were compressed all together in the space of twenty feet high and there was not anything above us, if not a layer impenetrable black.

As we watch the sky turning dark, all of a sudden we can see, on our right, a whirlwind, a tornado. We take a picture and the next moment is the Armageddon: hail, rain, wind. Powerful, absolute, incontestable. I do not see anything: Nicola and Valerio can barely give up the bikes, approaching on the right and find shelter in our pick-up. We can't do anything but waiting.

Usually, after the storm comes the calm. Usually. Also because, although we can start moving again for a forty-five minutes after the stop raining, we are again forced to stop. The bikes are suffering the cold and the wind: the batteries last less (and, of course, all of these data relating to consumption in different weather conditions, will be useful or even essential for future studies on electric mobility, never addressed in contexts such the one we are living), but as far as we are concerned, this further stop makes us dreaming Astana even more.

A positive note, during this break: food. In addition to traditional dishes highly influenced by Middle-eastern, Eastern, or Russian cuisine (such as goulash, served in this area with grains, mushrooms or potatoes), a couple of days ago we discovered an additional dish, a sort of snack. It is Nicola's passion and we all agree: it's delicious! It is called Semsey, it is a sort of pancake, cooked and then deep-fried (greasy not at all!!). Triangular in shape, stuffed with beef and onion (or vegetables), topped with spicy sauces. It is sold in lots of places and is much appreciated by travelers.

After our stop at Semsey, full and satisfied and with a reduced rainfall, although the sky it is still loading, we put ourselves in motion to grind one hundred kilometers that are missing on arrival. It is still raining and every five minutes Valerio raises his arms to the sky, as if to invoke a pause.

We eventually arrive to Astana but we will see it tomorrow, because when we get to the hotel that will host us for two nights it's 8,30 p.m. The hotel is located east of the center, in the old part of the city cut in half by the river Ishim, while the Left Bank, to the west is the modern side, which will host the Expo in 2017.

As soon as we arrive there a good news: Giorgio, who had preceded us with one of the two pick-up, in the three hours prior to our arrival he managed to do some work and gathered a couple of vital information for us.

We were waiting for the replacement chargers: they are five, and they arrived, we could collect them in the morning. A car has already been overhauled: filters, engine oil, brakes are perfect now. If they have held up the desert and the mountains, the 2,500 km of arid steppe that lie ahead should not cause us too many problems. One of the two generators was out of order, forcing us to the super-work, in the days before: it is now settled, the valves have been redone and it works perfectly. Astana, be patient: tomorrow you will be ours!! 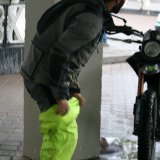 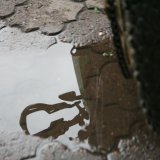 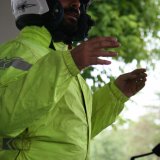 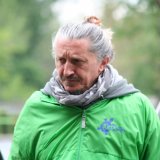 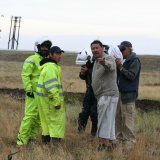 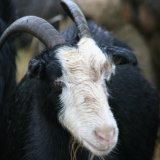 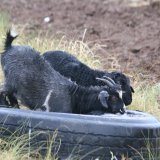 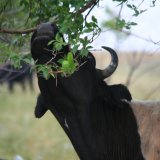 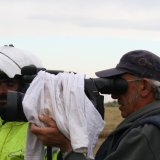 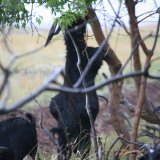 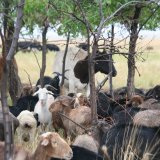 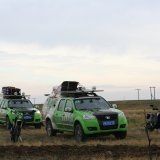 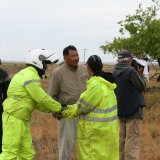 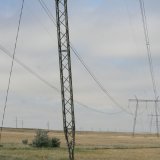 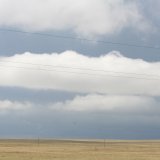 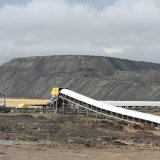 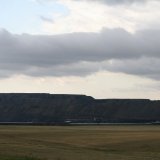 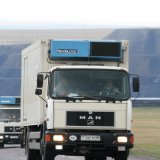 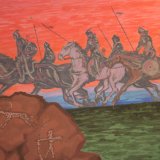 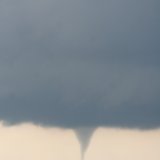 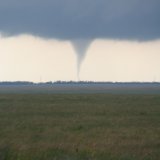 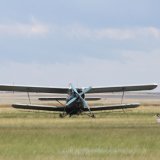